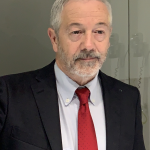 Antonio Bahamonde is President of SCIE (Scientific Information Society of Spain). University professor in the area of Computer Science and Artificial Intelligence of the University of Oviedo. He has a degree and a PhD in Mathematics from the University of Santiago de Compostela.
His research activity has focused on Machine Learning, mainly in applications to different fields such as livestock, food, health or bioinformatics. The applied techniques have varied over the years, but they have always had a strong formal character such as Support Vector Machines (SVM), matrix factorization algorithms or Deep Learning. At present, his interests are focused on the application of these techniques to problems that tackle the challenge of treating large volumes of data (Big Data). Specifically, problems that involve generating an order or ranking of some type of object. This is the case of modeling the preferences of consumers or users of a service that applies, for example, to Recommendation Systems, evaluation of open responses in massive open online courses (MOOCs). 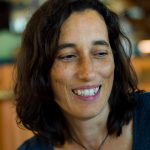 Sara Silva is Principal Investigator at the Faculty of Sciences of the University of Lisbon (FCUL), Portugal, previously in the Biosystems and Integrative Sciences Institute (BioISI, 2014-2018) and now in the LASIGE research center (since 2019). She received the MSc from the University of Lisbon and the PhD from the University of Coimbra, Portugal. Since graduation she has been a researcher in various other portuguese institutions, like Centro Nacional de Informação Geográfica (CNIG, 1996-1999), Instituto Superior de Agronomia (ISA, 2000), Instituto de Tecnologia Química e Biológica (ITQB, 2001-2003), Centro de Informática e Sistemas da Universidade de Coimbra (CISUC, 2004-2008), and Instituto de Engenharia de Sistemas e Computadores (INESC-ID, 2009-2013).

Her research interests are mainly in machine learning with a strong emphasis in genetic programming (GP), where she has contributed with several new methods, and applied them in projects related to such different domains as remote sensing, biomedicine, systems biology, maritime security, and radiomics, among others. She is the author of around 70 peer-reviewed publications, and has been program chair of different conferences, tracks, workshops and thematic areas related to GP, including the role of program chair of EuroGP in 2011 and 2012, Editor-In-Chief of GECCO in 2015, and GP track chair of GECCO in 2017 and 2018. She has received more then 10 nominations and awards for best paper and best researcher. In 2018 she received the EvoStar Award for Outstanding Contribution to Evolutionary Computation in Europe. She is the creator and developer of GPLAB – A Genetic Programming Toolbox for MATLAB, and co-creator of GSGP – A Geometric Semantic Genetic Programming Library.